Laughable Hypocrisy of the Day

An article on AZCentral today:

Which Senator was this, you ask?


In his letter, Gallardo notes the Arizona Legislature set
aside $3.4 million to pay for the election.
"(This) costs taxpayers millions of dollars for what is really
a political-party function," Gallardo said. 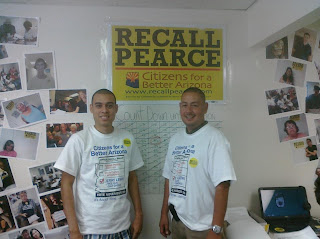 But, THAT wasn't a waste of tax dollars which could have been used for education and job creation?

Hypocrite.
Posted by SHIELD at 5:04 PM