Exposing the Claims: The LDS Church Wasn't Used During the Recall 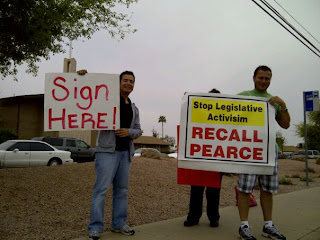 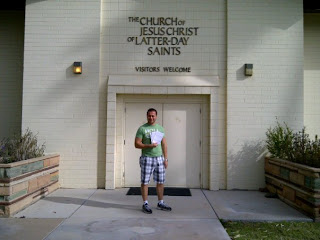 "Meet Victoria. She used to be a Republican but switched to the Independent Party due to the anti-immigrant sentiment that was turning her off. Guess what? She drove all the way to Mesa, AZ, just to participate in the recall efforts against Russell Pearce.

We targeted three LDS churches and put our FIRESIDE on IMMMIGRATION lecture information on the cars in the LDS parking lots.... We went for the heart.....we know that in order for real change to happen....it has to happen within the LDS community. " D.D. Blase 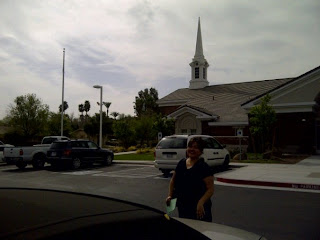 
As the final results of the Nov. 8 recall election became clear, Tyler Montague, an integral campaign insider for Lewis, revealed how vital early support was among members
of the Church of Jesus Christ of Latter-day Saints.
“Yes. I can finally say it. From the beginning, we went to stake presidents and bishops
to get their support,” Montague said of high-ranking Mormon members.
“I heard someone call it the ‘Mormon Fall,’ and I think that totally fits,” he said,
comparing the recall election to the mass protests in North Africa
and the Middle East known as the “Arab Spring.”
Their approach: Offer a simple choice to the most influential Mormons in Mesa.
We said, ‘Here’s what the Mormon Church says about immigration,
and here’s what Russell Pearce says about it. Where do you come down?’” Montague said.
...Daryl M. Williams, a member of the Paradise Valley Stake High Council
and a trial attorney, said he could see the way the Mormon community
responded to the church’s stance, and that he believes it played heavily in Lewis’ success.
“It was more than just a useful tool.
It was a critical turning point in Mr. Lewis’ campaign,” Williams said. ﻿
Posted by SHIELD at 7:39 PM