Exposing those behind the Compact: Todd Landfried

Todd Landfried is the point man for ImmigrationWorks USA. 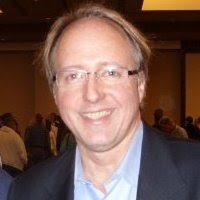 Landfried is also the spokesman for the Arizona Employers for Immigration Reform (AZEIR).

AZEIR organized the Arizona Immigration Conferences held around the State this last year in an effort to work towards "sensible immigration reform for our state and country."

You can see his comments here.

It was Landfried who traveled to Utah by invitation of Utah politicians and businessmen last February with Lydia Guzman (also from Somos America and one of Randy Parraz's pals) to oppose enforcement-only immigration laws set to be discussed in the Utah Legislature. 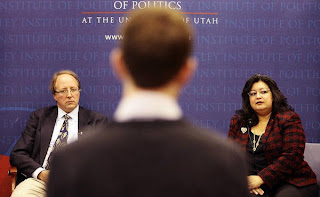 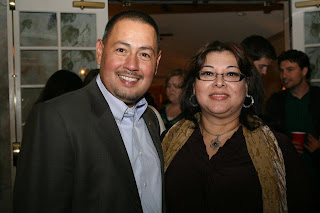 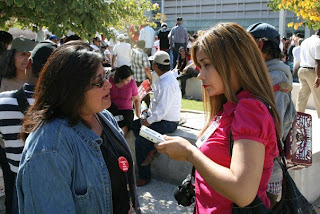 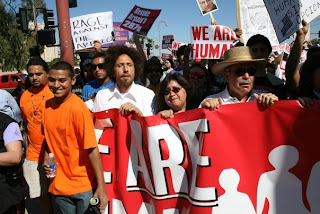 On the heels of Utah's immigration bills and the various "newsroom" statements by anonymous authors intended to sway members of the LDS church, it was no coincidence that a letter drafted by a slew of Arizona CEOs suddenly appeared days before a series of new immigration bills were set for vote at the Arizona legislature.  Landfried, of course, was always willing to make a statement decrying the evils of bills attempting to curb illegal immigration.


The people in the business community finally said, ‘Enough is enough,'
and told the Senate president that moving these bills forward now is damaging us.
At a time when businesses are moving out of the state and people are getting laid off, this is not good for the economy or the people of Arizona. We have to stop this.﻿

Within days of the CEO letter, Landfried was using the opportunity to link the principles of the Utah Compact with those of local business leaders. (Remember, the coalition must be "authentic")

"...the path to compromise on the issue might be through the business community."

Landfried was busy following Randy Parraz throughout the recall effort of Russell Pearce as well as promoting the principles of the Utah Compact and the "myths and misconceptions" of immigration. 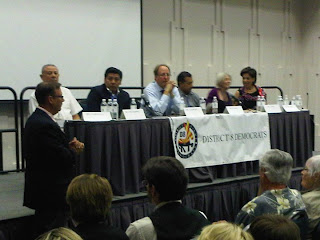 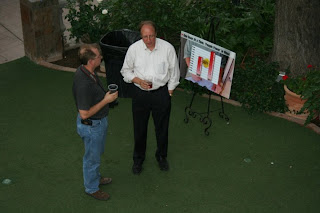 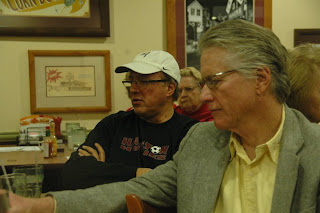 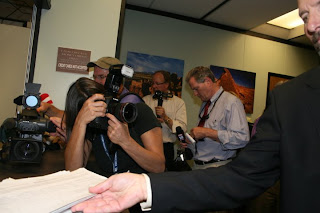 During the statewide push over the summer to rally support for a similar Utah Compact here in Arizona, Landfried wrote an opinion piece on AZ Central titled, "Let's Find Real Immigration Solutions". It is chock full of the immigration buzz words, spin and half-truths.

It is understandable to see Landfried with the likes of Parraz and the Democrats, but he seemed to appear in some of the most unlikely places throughout the recall/election process.
Like here at the Jerry Lewis announcment at the Wright House in July
(He can be seen appearing in the background during the Don Stapley interview around 6:25)

and at the Jerry Lewis Election Night Party. 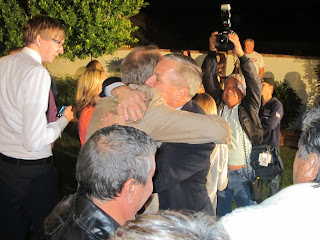 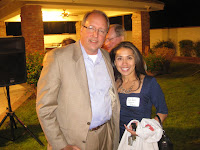 Remember his resume?
Earlier in his career, Landfried worked for the Clinton Administration's "reinventing government team" and also worked with Vice President Al Gore's "Intergovernmental Team." After leaving Washington, Landfried had a Democratic-oriented radio program in Phoenix for several years which one newspaper called a "far-lefty" program. He recently served as the Executive Director of the Maricopa County (Phoenix area) Democratic Party organization
and subsequently as a party officer.

Landfried sent out a news release through AZEIR days after the recall election in LD18.
In his statement, he says,
"We believe the voters for whom immigration was an important issue recognized the differences between Pearce and Lewis and voted accordingly...They recognized Lewis' practical and balanced perspective and his call for a permanent  federal solution as the only effective way to secure the border, while providing access to essential labor and addressing the questions of how to deal with those who are already here.


realize elections can be won with this approach."