Where There's Immigration, There's Sure to Be Lawyers

Lawyers always seem to be close by whenever the subject of "immigration reform" is brought up.

We saw it in 2008 when Jeff Flake's brother in law, Kevin Gibbons, attempted to run against Russell Pearce.  Chad Snow and his wife were one of the first donors to his campaign.  Chad's office with then partner, Ed Maldonado, were just down the street from Gibbons' office.  Other notable donors to his campaign were Liana and Steven Clarkson, Beth and Chad Coons and Mac and Sandy Magruder.

Kevin Gibbons = Immigration Lawyer.  Makes one wonder why his license would currently be suspended for 2 years.  (according to the disciplinary record, it states: Aggravating factors: prior disciplinary history, dishonest or selfish motive, multiple offenses, failure to comply with the State Bar’s investigation, vulnerable victim, and substantial experience in the practice of law.)
His law offices are in the same building as the Mexican Consulate.  What a strange coincidence. 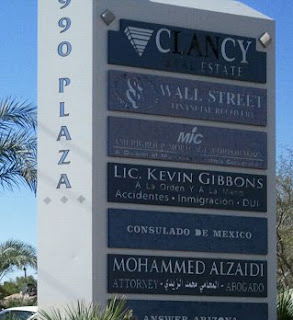 We saw multiple (immigration/workers comp related) lawyers surrounding those behind the recall effort:

The common denominator of those behind Lewis?  LDS lawyers.

Brian Barabe, one of the founders of the East Valley Patriots for American Values with Randy Parraz said back on June 11th,


We meet with the Mormon lawyers at the Wright House this morning.
I enjoyed the visit yesterday. Hope the coffee was good.

Some of those LDS lawyers behind Jerry Lewis, were voicing their opinions on immigration reform and Russell Pearce long before the recall effort.  Not to mention, playing the "church" card in the process in an effort to sway LDS opinion.

For example:
Kenneth Smith, branch president of a Spanish branch in Mesa, wrote a letter regarding SB1070 and his disgust with Senator Pearce back in May 2010.

My name is Ken Smith. I am a 4th generation of Mesa and have been practicing law for over 25 years. I too am a Branch President in the LDS Church for a Spanish speaking congregation in Mesa.
We have many new families from Mexico that have recently joined the Church. To think that a so called "member" of the Church, i.e., Russell Pearce, would hunt these members
and their families down like animals and deport them makes me sick to my stomach.
In my humble opinion, Russell Pearce is not living his religion.
The Savior taught that in the last days, even the very elect will be deceived. That prophesy has somewhat been fulfilled in that Russell Pearce has been elected and now he has been deceived.

99% of all the immigration problems could be solved with a fence and a guest worker program. Because they are blinded by hate and racism, our state leaders cannot see that simple solution.
I can also tell you that the Republican party is making a generational mistake by not taking the lead to embrace the 12 million or so undocumented economic refugees and turn them into
Republicans that would help keep the Dems out of power for generations.
They would make great Republicans in that they believe in God,
they are against abortion, they believe in strong families, they are hard working,
they don't like big government, they like low taxes, etc.
He also referenced Nazi Germany in connection to cops who would round up illegals during routine traffic stops.

Haven't we heard that correlation before?


Back on January 31st, 2011, we can find posted on the Facebook group, Conservatives Against Arizona Immigration Law SB1070 (by Dee Dee Blase) the following statement:

“If you live in Mesa, AZ and if you would like to sign the RECALL RUSSELL PEARCE petition,
please visit Kenneth P Smith’s law office located at 715 North Gilbert Rd Suite 5, Mesa, AZ”
Dea Montague referenced the LDS church in his relationship with Jerry Lewis.  As if being a "Stake President" or "Bishop" somehow gives them more credibility over someone else.
It was his son, Tyler, who said the following to a reporter from the Arizona Capitol Times right after the recall election,
Yes. I can finally say it. From the beginning, we went to stake presidents and bishops to get their support.  I heard someone call it the ‘Mormon Fall,’ and I think that totally fits.
Comparing the recall election to the mass protests in North Africa
and the Middle East known as the “Arab Spring.”
According to the article:
Their approach: Offer a simple choice to the most influential Mormons in Mesa. We said, ‘Here’s what the Mormon Church says about immigration, and here’s what Russell Pearce says about it. Where do you come down?’” Montague said.
...Daryl M. Williams, a member of the Paradise Valley Stake High Council and a trial attorney, said he could see the way the Mormon community responded to the church’s stance,
and that he believes it played heavily in Lewis’ success.
“It was more than just a useful tool.
It was a critical turning point in Mr. Lewis’ campaign,” Williams said.
Daryl Williams used his position in the LDS church to sway naive members.  He said,
“Russell Pearce, the chief proponent of Arizona’s immigration laws is, like me, a Mormon. His views, however, do not reflect the official position of The Church of Jesus Christ of Latter-day Saints,
the official name of the Mormon church. Indeed, Mr. Pearce’s views are
inconsistent with the official position of his church.”
Also stated in the Arizona Capitol Times Article:
Williams said Lewis attended one of the meetings
where Williams spoke, and that Lewis took him aside afterward to express
his agreement and encourage Williams’ message.
Of course, these "devout" LDS leaders gave fodder for those outside of the church, intent on recalling Senator Pearce.
Dee Dee Blase, from Somos Republicans, said:
It is imperative for them to know that
Russell Pearce (a member of the LDS community)
refuses to listen to the Mormon Prophet 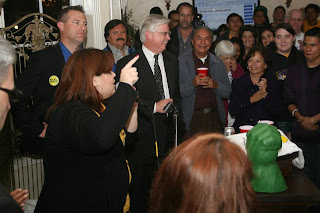 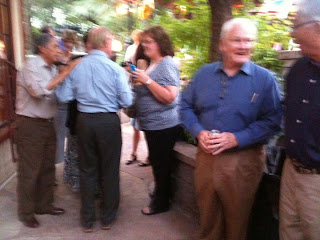 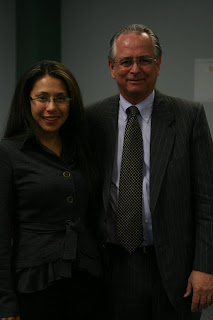 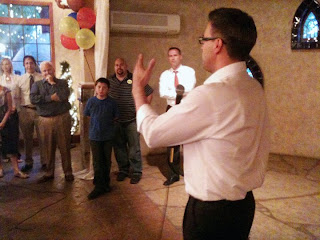 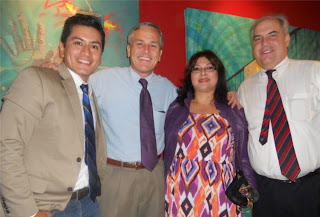 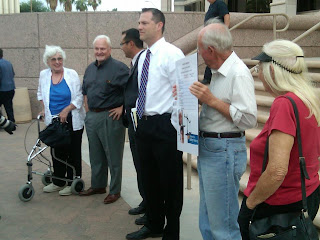 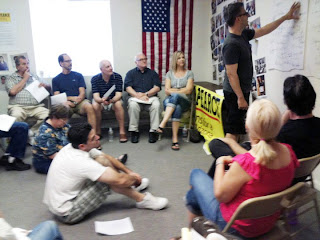 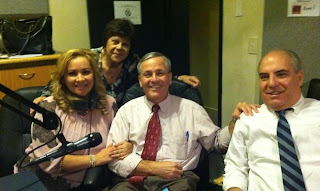 Alinsky's tenth rule of the ethics
"You do what you can with what you have and clothe it with moral garments."
Posted by SHIELD at 2:07 PM