Sunlight Is The Best Disinfectant

Just let the leftist elite keep talking.  Sooner or later, they will say what they REALLY mean.

Sunlight is the best disinfectant.

Take Obama's Secretary of Education, Arne Duncan, for example who recently let it slip in front of State Superintendents at a meeting with the Council of Chief State School Officers that "some of the opposition to the Common Core State Standards has come from 'white suburban moms who-all of a sudden- their child isn't as brilliant as they thought they were, and their school isn't quite as good as they thought they were.' "

Also, when these kinds of things accidentally "slip" in public, it makes one wonder what is said behind closed doors.

Arne Duncan also let it slip in 2009 what the real goal of data collection will be to the federal government.

"We should be able to look every second grader in the eye and say, 'You're on track, you're going to be able to go to a good college, or you're not.' "


Think this is a little far-fetched?

Just look at what Pearson's data track will be able to do for a student like "Anthony."  It's just a shame that Anthony is projected to be a mechanical or aerospace engineer with a 60% average in science. 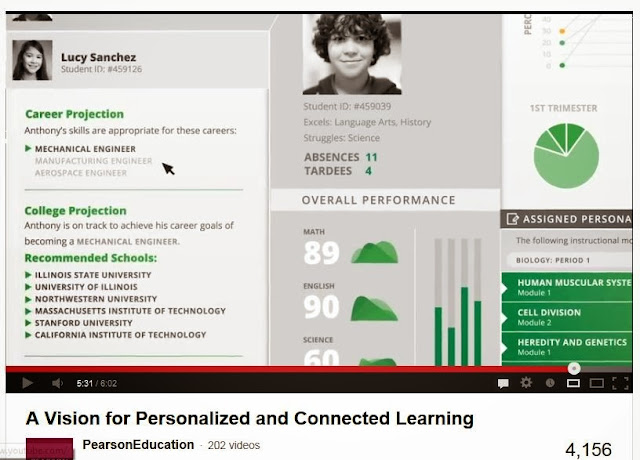 What Do The Race To The Top - District Competition And Arizona Senator Steve Gallardo Have In Common?

In September we brought to your attention a new federal grant called the "Race to the Top District" competition.  This is an expansion of the 2010 State Race to the Top grant.  Grant awards range between $4M and $30M per district or consortia.

The school district who applies for this grant must meet some of the following requirements:

- Have at least 40% of participating students be from low-income families, based on eligibility for free or reduced-price lunch subsidies.

-  Include a "Competitive Preference Priority" and propose to extend reforms beyond the classroom and partner with public or private entities in order to address the social, emotional, and behavioral needs of students.

-  At a minimum, design and commit to implement no later than the 2014-15 school year a

"The LEA or consortium will submit a report to the Secretary?"

That sounds an awful lot like the federal government is directing the education of a local school district.  We didn't think that was legal even on a State level, let alone, a district level.


Finalists for the grant competition were recently announced.  On the list was the Arizona Cartwright School District.    The Cartwright District is eligible to win up to $25M.  To put this number in perspective, the 2014 budget submitted by the district was $95M.


And who is the district's Governing School Board President? 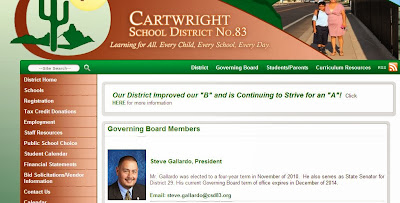 And fellow board member is Arizona Representative, Lydia Hernandez.

Awards will be announced in December 2013.

Let us be the first to be on record to say that if the Cartwright School District "wins" their $30M taxpayer funded grant, Senator Gallardo and Representative Hernandez will still whine and complain about any State education budget cuts in the spring.

Get Covered America Pushes "Faith Based" Enrollment Among Latinos 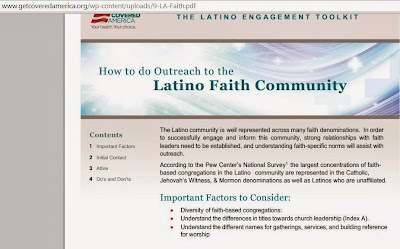 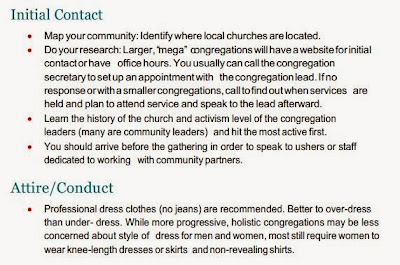 We wonder how many Mormon Bishops or trusted local church leaders will allow members of their congregation to be enrolled in Obamacare using this method?  After all, Get Covered America employees, as well as church leaders, shy away from asking about a person's legal status. 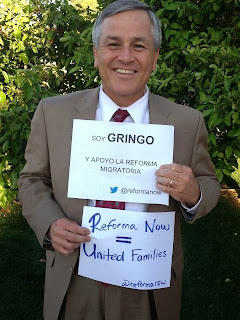 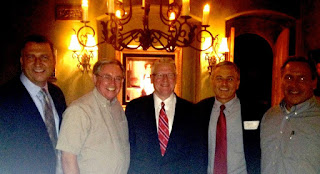 Get Covered America might want to update their contact information as Gordon B. Hinckley passed away the same week as Obama's inauguration in 2008.

Oh, the federal government claims they had nothing to do with writing the Standards.  They just paid for them.

But what if one of the lead writers for, say, the ELA Standards also sat on the NAEP (National Assessment of Educational Progress) Governing Board whose members are appointed by the Secretary of Education?

And what if the Governing Board members were deemed to be "federal employees?"

We have discussed Susan Pimentel before.  She was one of the lead ELA Standards writers and a member of the Standards "Work Group."  She was also re-appointed to the NAEP governing board by Arne Duncan in September 2011.

We stated in a previous entry that Susan Pimentel was the Director or Standards Works and Achieve, Inc.

In 1999 she authored the book, "Raising the Standard:  A Eight-Step Guide For Schools And Communities."  In the book she writes about laying the groundwork for lasting school reform because genuine, long-lasting reform grows from the grass-roots.  She lists organizations that can help "guide" the standards such as Achieve and the American Federation of Teachers (AFL-CIO).
She said, "Ours is a society that thrives on change...Reform is hard work."

One might wonder what kind of incentive Mr. Casswell or the school received for his glowing, "scripted" endorsement.

The President of Method Test Prep, Tom Ehlers, claims that the school is paid for each student who takes the course.