For a little background, the book "The 4-Hour Work Week" written in 2009, describes a "new rich" which abandons the traditional work-save-retire plan for a new one that focuses on creating a life of luxury now.  The book says,


"Whether you are an overworked employee or an entrepreneur trapped in your own business, this book is the compass for a new and revolutionary world."

One of the tactics is to become a "top expert in 4 weeks."  In modern PR terms, proof of expertise is often shown with group affiliations, client lists, writing credentials and media mentions, not IQ points or Ph.D.s.  The author says,


"It is possible to know all there is to know about a subject--- medicine, for example---but if you don't have M.D. at the end of your name, few will listen.  The M.D. is what I term a 'credibility indicator.'  The so-called expert with the most credibility indicators, whether acronyms or affiliations, is often the most successful in the marketplace, even if other candidates have more in-depth knowledge...  It took a friend of mine just three weeks to become a 'Top relationship expert who, as featured in Glamour and other national media, has counseled executives of Fortune 500 companies on how to improve their relationships in 24 hours or less.' "


So, how do you pull this off?

2.  Read the three top-selling books on your topic and summarize them (or write your own book based on these other books).

3.  Give a free (or pay money to give) one-to-three-hour seminar at the closest well-known university.  Then do the same at branches of two well-known big companies.  Tell the company that you have given seminars at University X or X College and are a member of those groups from Step 1.

4.  Use PR websites like ProfNet or PRWEB to gain visibility when sending out a press release.

Now we'll show you what we mean.

In late August 2009, an unknown candidate named Robert Graham announced his plans to run for Governor in 2010.   Back then, no one in the political arena had ever heard of Graham.  He wasn't even a precinct committeeman.

Sounds impressively important, until we discovered that ANYONE could receive this recognition for the low price of a $500 donation to the National Republican Congressional Committee. Graham made two donations totalling $500.00 to the NRCC, one in December 2007 and the other in January 2008.  No other donations prior to 2008 by Graham were found.  A few months later, he was miraculously given this "prestigious" lifelong commitment to the Republican party award.

So did this guy who made two $250 donations to the NRCC.

And this guy who also made two $250 donations. 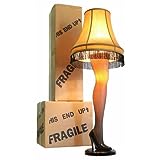 So, was Graham really gullible enough to fall for such a "major award" knowing that on the one hand, he hadn't really done anything special to earn it while on the other, he would use it as a self-promoting tool?  Remember, at this point, he wasn't even so much as a Precinct Committeeman!

Other organizations which Graham has added to his list of "official" associations include the National Rifle Association, Arizona State University Financial Management Association, the ASU Leadership Dean’s Advisory Council and is a member of the Arizona GOP Leadership Council.


2.  Read the three top-selling books on your topic and summarize them (or write your own book based on these other books).


In 2010, Graham published his book, "Job Killers: The American Dream In Reverse" which is currently ranked #1,441,693 on the Best Seller list at Amazon.com.

The book "examines the role labor unions play on the American workforce, economy and livelihoods...and proves how labor unions are destroying American jobs." 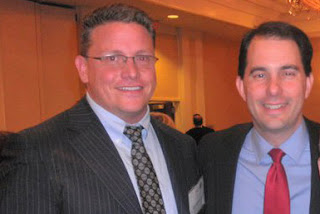 Graham found his niche on the subject of unions.  Perhaps he was riding the wave of the Governor Walker recall which was happening around the same time? In fact, in the Gilbert Town Council race in 2011, he pointed out that three of the candidates had received several contributions from public-safety unions for their re-election campaign. 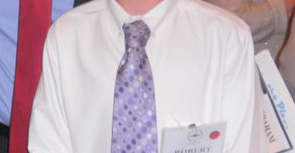 
"What voters may not realize is how the hand of the unions strikes close to home, even as close as the general election for the town of Gilbert. We have all witnessed unions' underhanded tactics that have infiltrated the politics of incumbent candidates in Gilbert."


We've learned recently that it wasn't just politics in Gilbert that had been infiltrated and influenced by unions.  Not only was Arizona House Speaker Andy Tobin's campaign shown to have been supported by unions but also his brother was the President of the Phoenix Firefighters Union from 2003-2005 which might explain why Speaker Tobin chose to table several anti-union bills in the last legislative session.

These facts make it very difficult for us to understand why anti-union Robert Graham, as a Director of the Americans for Responsible Leadership PAC, would contribute to union-supported Andy Tobin's campaign during the 2012 primary election in addition to making the largest donation to the Republican House Victory fund for which Tobin was responsible.  We know that Tobin and Pierce used the RHV fund and RVF to exclusively support those who would keep them in power.


We also know that the Democrats have jumped all over the Americans for Responsible Leadership PAC accusing the group of money laundering during the 2012 campaign.  A lawsuit was filed in California against the ARL PAC in an effort to disclose the donors.  Those who brought about the lawsuit have claimed, "We will pursue this vigorously, in all its permutations.''

If we want to strengthen our state's Republican party, do we really need to start out with this kind of distraction?  Do we want to make it easy for the Democrats to go after our party?  Are these the kind of headlines we want to see as we approach the 2014 elections?  Or these?


Other concerning contributions made personally by Graham include a $2000 primary donation supporting Ben Quayle over fiscal conservative hawk, David Schweikert.  He also donated $1000 to Kirk Adams' campaign over Matt Salmon.  Graham also donated in the primary election to two of the three candidates running for the House in LD22.  One was Lisa Gray's pal, Jeanette Debreil, the other was moderate Phil Lovas whose wife was the finance director for John McCain, Jon Kyl, Jeff Flake for Senate and Kirk Adams for Congress campaigns.  Lovas was supported by many of the same people who tried to oust Russell Pearce by donating to Jerry Lewis and Bob Worsley.


3. Give a free (or pay money to give) one-to-three-hour seminar at the closest well-known university. Then do the same at branches of two well-known big companies. Tell the company that you have given seminars at University X or X College and are a member of those groups from Step 1.


This step in the "become an expert in a day" strategy can be seen in all of Graham's bios.  For example, he can use this technique and then claim he is a "nationally recognized fiscal policy expert." Graham also states that he was "Chosen as a featured presenter for the Financial Advisor Symposium 2005, 2006, 2007."

Here is how one becomes a "featured presenter" at the Financial Advisor Trade Show  Symposium.  You pay money.  A small fee will afford you the privilege of doing a 15-minute infomercial "rapid fire" presentation or a longer 30-60 minute opportunity to demonstrate your product.  The website even states, "Generate enormous credibility for both your company and your representatives" because remember, according to the book, you have to look credible for people to take you seriously.

From here, Graham began to add speaking engagements at local colleges and universities such as his invitation to give a "motivational convocation" to the students at ASU's School of Global Business Leadership and Management.  His bio for State Chairman also states,


"Graham was recently added to the 'Distinguished Speaker Series' of the Haworth College of Business at Western Michigan University in his home state of Michigan.  His topic centered on 'Globalization' and Michigan's opportunities to become globally competitive while promoting economic development and sustainability."
(Aren't those some of the Agenda 21 buzz words?)

We aren't sure what his definition of "recent" might be since the same wording was found in his 2009 bio for a dental association lecture series  at which he was invited to speak.

**UPDATE**  A reader has informed us that when they contacted Western Michigan University and asked for a transcript of Mr. Graham's speech, they were told that it took place back in 2007, prior to speeches being recorded.  Is 2007 really considered RECENT?  It comes across as trying to cover for a thin resume.


4.  Use PR websites like ProfNet or PRweb to gain visibility when sending out a press release.

For example, Graham used this technique when he announced his run for Governor in 2009.


Speaking of running for Governor, some have claimed that Graham excels at fundraising, however, from what we have discovered, he didn't receive a dime from any donors when he ran for Governor.  Instead, he loaned his own campaign over $44,000.


It all comes down to this:  Are we prepared to put our trust in a manufactured leader who can deliver a well-rehearsed "rapid-fire" presentation but has probably never printed out a precinct walking list?  Should we be concerned that potential litigation over his involvement with the ARL PAC could prove to be problematic?  Should it matter if a person is willing to mislead others into thinking they earned a "lifelong commitment to the Republican Party" recognition simply by making a $500 donation?  Would we be better served to have a leader who was more interested in creating a positive brand for the party rather than for himself?