Just updating our readers on how much Randy Parraz, Citizens for a Better Arizona and his latest organization called Moving Mesa Forward have invested in Bob Worsley's campaign.

The Chairman of Moving Mesa Forward is Chad Snow.  The Treasurer is Paul Castanada.   Castanada is a typical "grassroots" guy who has a day job that just happens to be a member of the board for the Arizona AFL-CIO.

MMF filed a report on August 14th which showed that they spent upwards of $22,000 on their "grassroots" canvassing campaign to "oppose Pearce for Arizona".

On August 23rd, they filed a report showing another $4000 spent advocating defeat for Pearce for Arizona.

Bob Worsley raised $16,000 from individual donors according to his last campaign finance report in July.  Most of his expenses went to pay his political consultants.  Worsley's lacking of contributions may be the reason he started doing joint fundraisers with Kirk Adams in hopes that they might both be able to benefit from one another since Adams has been lacking in his fundraising efforts as well.  So much so that Adams recently injected $88,000 of his own money into his campaign.

Randy Parraz has spent over $26,000 campaigning for Worlsey.  Most of his expenses went towards paying for canvassers to go door to door and do the actual work.

So, who is beholden to whom? 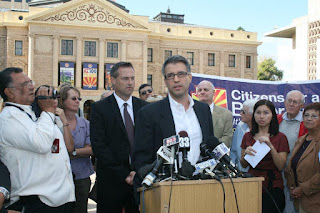 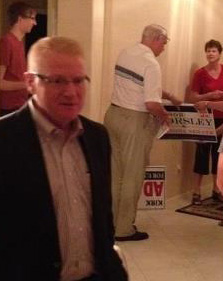