So, This Is What Promise. Arizona. en Accion. Has Been Up To

We haven't seen Promise Arizona (PAZ) since the recall election when they were campaigning for Jerry Lewis.  They must have had some of the $30,000 infusion they received from the union UNITE HERE and Campaign for Community Change left over, just burning a hole in their pocket.


So, they attended the "Occupy Phoenix:  We Are One" rally sponsored by the MALF (Maricopa Area Labor Federation), a branch of the AFL-CIO.  Our next installment will cover the speeches in the video.

The first 10 seconds show the big PROMISE AZ banners which were proudly displayed in their base camp for Jerry Lewis' campaign.  It also serves as a backdrop when the speakers get up to the podium to blather on about the evil 1%. 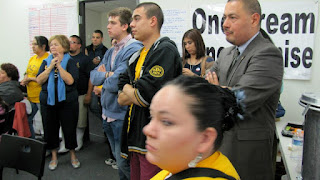 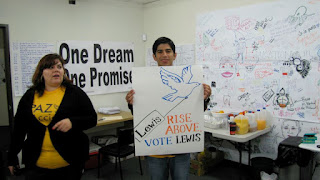 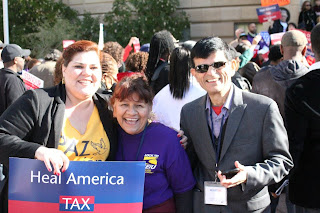 Raquel Teran was there at the march as well along with a fellow SEIU friend.  It is nice to see that aside from the signs, the yellow shirts are getting some mileage too. 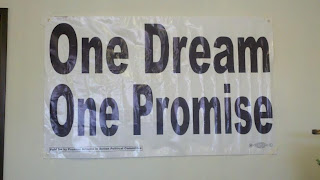 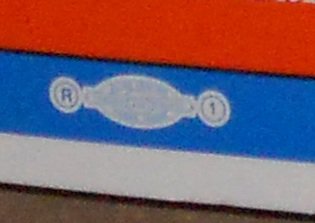 Look for the "union" label, as seen on the photo above.  This symbol means "I support union labor".  The closeup on the right was from a Martin Quezada campaign poster from 2010.