Everyone within the metro Phoenix area knows by now that an outside, leftist group successfully organized a recall effort against Arizona Senate President, Russell Pearce, earlier this month.   They did so with the help of naive "Republicans", Libertarians and Independents who justified the recall by supporting the "Republican" candidate.  The leftist group and their liaisons within District 18 knew early on that in order to defeat Senator Pearce, the challenger needed to be "well known", "LDS", and of course, "Republican". 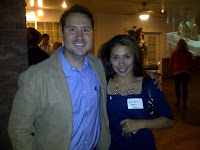 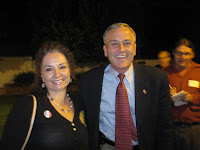 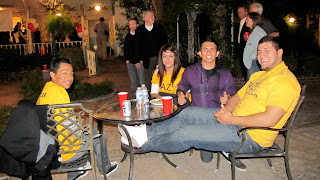 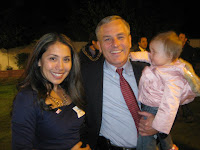 The group was called Citizens for a Better Arizona founded by Randy Parraz and Chad Snow. It is already well known that Parraz is no stranger to Community Organizing. He was "recruited by the Industrial Areas Foundation (IAF) to be a community organizer in Dallas, Texas. In Dallas, Parraz learned the fundamentals of the Saul Alinsky model of church based community organizing. After spending considerable time meeting with community and church leaders, Parraz helped establish a unique partnership with the City of Dallas whereby a Central Area Coordination Team was created to meet the diverse needs of the predominantly Latino citizens of East Dallas.

In 1996, Parraz moved to Washington, D.C., and joined the national AFL-CIO as a Community Action Coordinator and later as a national field representative. From national coalition building on behalf of 20,000 strawberry workers in the fields of California, to coordinating the mobilization of thousands of Canadians across the border from Vancouver to Seattle in protest against the WTO, to spearheading support for the Immigrant Worker Freedom Ride in Arizona, Parraz has experience with many different methods of social change. He is the founder of the Student Institute for Social Change (Washington, D.C.) and Co-Founder of the Latino Youth Leadership Institute (Orange County,CA)." 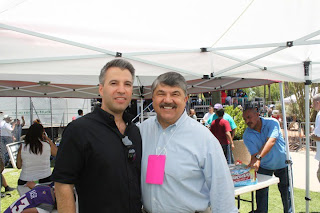 His resume expanded after his work with the AFL-CIO. He organized groups like Maricopa Citizens for Safety and Accountability (MCSA) to go after Sheriff Joe Arpaio, East Valley Patriots for American Values (EVPAV) to focus on Senator Russell Pearce which morphed into the latest Citizens for a Better Arizona (CBA). His army consists of members from Code Pink, Progressive Democrats of America, Puente, LiUNA, AFL-CIO, Promise AZ in Accion (PAZ) and numerous other feel-good acronymed names. 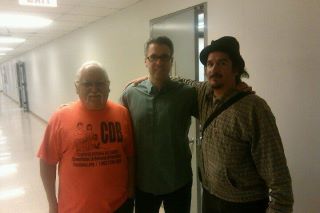 To better understand the significance, one needs to know what exactly IS NACCS?


"The National Association for Chicana and Chicano Studies is the academic organization that serves academic programs, departments and research centersthat focus on issues pertaining to Mexican Americans, Chicana/os, andLatina/os. The Association was formed in 1972, during the height of theChicana/o movement, calling for the development of a space where scholarship andChicana/o students could develop their talents in higher education. For more than 30 years, students, faculty, staff, and community members have attended the NACCS annual conference to present their scholarly papers--many of which have spun into important intellectual pillars."

Parraz attended UC Berkeley where he received an undergrad as well as a law degree.  One of his buddies from UC Berkeley acknowledged the photo above and said, "Great times en lucha studies, studies en lucha.  I was happy and PROUD to see my MEChA/Berkeley homie, Randy Parraz who, by the way, performed in the 3rd ever Chicano Secret Service skit ('88 raza day at UCB)"

Aside from an admission to Parraz having been involved with MEChA (not like this is a big shock.  We'll go more in depth on this later) but this just leads us to another question.  What exactly is a Chicano Secret Service skit?

Here's an example.
As well as here and here.