How Do You Spell Charlatan?

A charlatan is someone who resorts to knowingly bogus means of impressing people in order to swindle their victims by selling them worthless goods or services that he knows won't deliver on their promises.


It appears Kirk Adams has sold us many a load of worthless goods.

We've already exposed the lie that Adams "authored" the first structurally balanced budget our state has seen in five years.  Which might explain why leftist agitator, Randy Parraz, went after the Senate President Russell Pearce and not Mr. Adams considering we now know the budget bill actually came out of the Senate. Because the recall, of course, was over education and healthcare cuts and absolutely positively had NOTHING to do with illegal immigration. (wink wink)

Attempted to impress people with his choice to personally opt out of the state pension system.  We exposed the deception of this noble, yet misleading claim before.

Implying that he "authored" the reform of the state pension system.  (refer to disingenuous load of worthless goods #2)

"Adams took on public-employee unions, authoring and passing a top-to-bottom reform of the state pension system to free taxpayers from ever increasing liabilities.  Demonstrating his commitment to government pension reform, he personally opted out of the elected officials retirement plan."


There was a bill sponsored by Adams and Rep. Olson which was introduced in the House back on February 15, 2011 titled HB2726.  The bill would have attempted to change the pension system by completely eliminating the Deferred Retirement Option Plan (DROP) for public-safety officers, eliminating the pension system for elected officials and changing the state's pension plans to a 401(k)-type systems.


Now, those actually sound like some good ideas, if not for the fact that


Which is why the bill never even made it out of the House.

We know that Mr. Adams has struggled in the past with understanding the U.S. Constitution, but wouldn't  shouldn't the Speaker of the Arizona House know ahead of time if his idea would be in clear violation of the Arizona Constitution?

Not only was the introduced House bill unconstitutional but it was also impractical.  Adams' plan would have left the taxpayers with hundreds of millions of dollars in unfunded liabilities.

Recognizing the problem with the House bill, the Senate President, Russell Pearce, assigned Senator Yarbrough to draft a version that would be both practical and constitutional.


On February 21, 2011,  SB1609 was introduced in the Senate with Senator Yarbrough as the Prime Sponsor followed by Senator Pearce, Senator Allen, Senator S. Pierce and Senator Bundgaard.

Adams did make a contribution with his "Adams Floor Amendment" .  This amendment was adopted and included a few ideas such as those convicted of a felony can no longer receive retirement benefits.  It also made changes to the "normal retirement age" and years of credited service as well as having employers pay into the system if they hire a retired member.

But, an "amendment" to a bill certainly does not equate to "authoring top-to-bottom reform". (unless it's an election year and you're running for Congress)


It was the Senate bill SB1609 which was ultimately passed and signed into law by the Governor.


On April 19th, AZ Central posted an article that confirmed our findings.  It said:


"The state Senate has sent sweeping changes to Arizona's public retirement systems to Gov. Jan Brewer for her likely signature into law...The Republican-controlled Senate passed Senate Bill 1609 on a 21-9 party-line vote Monday.   'Twenty years from now when public employees are receiving their hard-earned pensions, we can look back and say we served them well,' said the bill's key sponsor, Sen. Steve Yarbrough, R-Chandler."


We recall that Adams held a fundraiser earlier in the year with his special establishment friends, the Quayles.  At the event, former Vice President, Dan Quayle, said about Kirk Adams:


"He DESERVES to go to Washington!" 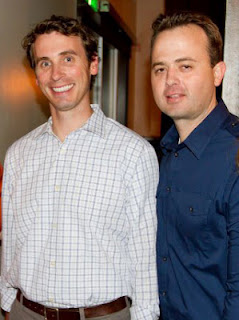 Sorry, but Washington doesn't need any more incompetent liars, deceivers, swindlers and charlatans who feel entitled to a position in the People's House.