The New Common Core Library Coming To A School Near You

"My daughter told me a story a few weeks ago about doing a research paper for one of her classes this past Spring. (She was a freshman at the time). She told me that it was particularly difficult to do since she had to use the 'common core approved' search engine 'SIRS' for 4 of her 6 sources as required by her teacher. I found this to be very troubling, as did she since she said it was almost impossible to support her point of view by being forced to use that search engine to do her research. "


But, isn't that the goal?  Our point of view is irrelevant. We are being "nudged" to one point of view and it is not, in my estimation, a good or healthy one.

ProQuest states that they have "people, editors who compile the best information for you....every article is hand-picked."

Of course, the sample subject used in the promotional video is on "global warming." 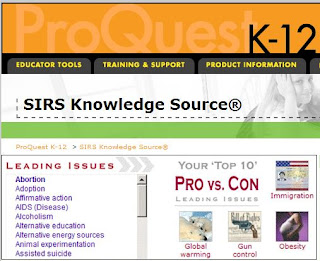 So, we thought we would look at the ProQuest/SIRS/eLibrary for ourselves.

Here is a video of what ProQuest will provide on the subject of "citizenship":

The video then shows clips about the office of President stating that the American Presidency has grown into an office of great power....

Scroll down and you will see a picture of President Obama and his family saying "Theoretically the Presidency is within reach of many Americans."

Clever.  Why wouldn't the library state the fact that "The Presidency is within reach for ALL Americans?"

Surely, they aren't implying that there is inequality of opportunity.

The video then scrolls through sample articles on the subject of Government and Economics.  Of course, what is shown is information on John Keynes and his (failed) Keynesian economics ideas.

The video then shows a 1933 poster for the "Civilian Conservation Corp" to compliment the text information.

It then lists links to current articles from news sources such as the Washington Post and USA Today.

We are then taken to a page that shows:

Because we have been told ad nauseum that there is no such thing as "National Standards," we looked up the "Civics and Government Standards and Benchmarks" and discovered that it took us to this link.

The disclaimer on the bottoms states:

One of the civic teacher lesson plans provides a questionnaire for students and other adults. 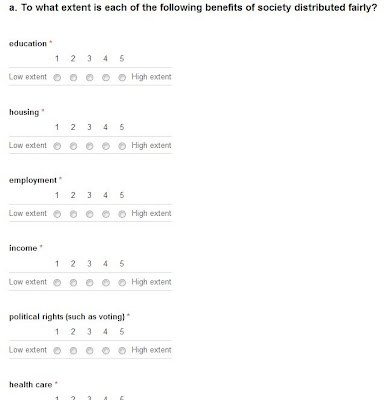 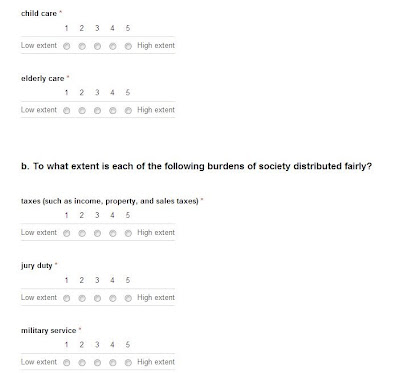 What online library does YOUR school use?